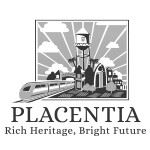 On July 19, 2016 the City Council voted to adopt resolutions to place a measure on the November 2016 ballot asking voters whether Placentia should amend its current "at large" system for electing officials to a "by-district" system.

Should the measure be approved by voters, the City will retain a consultant to prepare maps with five boundaries for proposed districts based on technical data and community input. These maps would be reviewed and approved by the City Council during a public hearing process. Each of the newly developed districts will be represented by a single Council Member living within that district chosen by the voters of that district.

This website page includes background information and will be updated with links to notices for public meetings, agenda reports and other supporting documents. Should you have any questions, please do not hesitate to contact Rosanna Ramirez in the City Clerk's Office at (714) 993-8231.